Showing population growth over the years 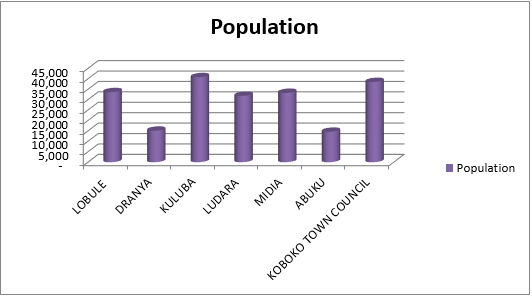 Sex Composition of the Population

Given the high growth rate, the district needs to expand substantially its entire infrastructure especially in education, health, and water supply in order to enhance the welfare of its population. This means increasing the utilization of the natural resources that could easily lead to depletion of the scarce natural resources for the future generation.